AMC Pays Out $200 Million In The Walking Dead Profit Lawsuit 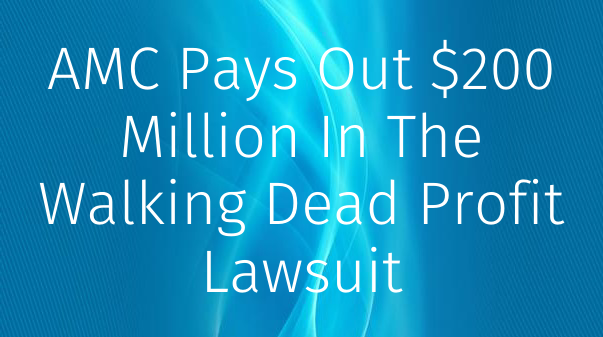 AMC Pays Out $200 Million In The Walking Dead Profit Lawsuit

AMC has paid out $200 million to The Walking Dead producer Frank Darabont. Darabont, the Oscar-nominated filmmaker behind The Shawshank Redemption and The Green Mile, played a key role in bringing the zombie series to AMC back in 2010. He then went on to develop the first season and half of the second season of the horror show. However, Darabont filed a lawsuit against AMC after he learned that he was not being properly compensated for his stake in the show and a lawsuit was filed. What resulted was a long and sensational lawsuit and Darabont leaving the show soon after he started it.

As reported by Variety, AMC has now paid out $200 million to Darabont and his agency CAA. Darabont’s dispute claimed the network “had used shady accounting to short them on profits”. With his new deal, Darabont will continue to receive a share of future profits from streaming deals tied to the show and its spinoff Fear the Walking Dead. But for all other TWD-related content, the settlement buys out the plaintiff’s rights. In short, AMC paid the $200 million to settle past earnings but also any future money Darabont would have made on the show. However, it’s important to note this is only a settlement and the case could return to court.

Fans and industry insiders will be looking closely at this case. While other AMC hits like Mad Men and Breaking Bad were distributed by other studios, The Walking Dead was both produced and distributed by AMC. The resulting settlement may illuminate the key issues around self-distributed content, increasingly relevant in the streaming age.

Frasier: Why Daphne Never Realized Niles Was Secretly In Love With Her
About The Author

Jack Whitfield is an Entertainment Writer for Screen Rant.

He graduated from the University of Worcester in 2018 with an English Degree and a lifelong love of Joan Didion.

Jack loves all movies, but especially horrors and thrillers. He explores the campy side of horror in his podcast We Have To Scream.