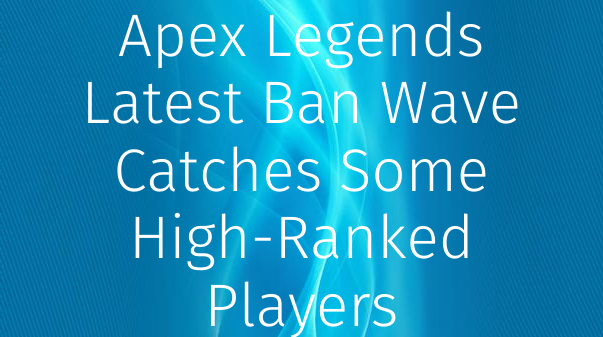 According to devs from Respawn Entertainment, over 700 cheaters have been recently banned from Apex Legends, including top-ranked players up to Predator. Despite Respawn’s continuous efforts to fight off hacking, cheaters are unfortunately a big issue, at least in the PC version of Apex Legends. However, this doesn’t prevent the studio from issuing regular ban waves. That being said, there’re obviously highly skilled players capable of performing incredibly impressive plays without using any fraudulent software.

Quite recently, a French professional esports athlete Mpe managed to climb up to the Diamond rank in Apex Legends competitive leagues without using any guns. Instead, the player relied exclusively on grenades and melee attacks. He shared some of the most stunning moments from his nerve-wracking climb through ranked matches, and it goes without saying that Mpe deserves his achievement. The athlete chose Bloodhound and Fuse for their useful abilities that gave him a much-needed tactical advantage over opponents.

The latest one affected over 700 fraudulent players who were exploiting the game in ranked leagues. According to the studio’s security lead Conor Ford, the affected accounts were cheating in Gold, Platinum, Diamond, Master, and even Predator competitive matches. The developer made a specific notice that the ban wave did not affect any of the gamers who were exploiting the recent Apex Legends heat shield glitch, which basically allows to plant this valuable item endlessly. While players have met the announcement of measures taken against cheaters with satisfaction, some users responded with fresh screenshots of highly suspicious kills, presumably made by hackers. Still, the community seems to be overwhelmingly pleased with how Respawn deals with the cheating issue.

700+ accounts used for cheating in ranked (Gold-Pred) have been permanently banned since last Thurdasy. This does not, and will not, include any accounts that used an infinite heat shield exploit. Love you all ♥️🔨

Although the number of hackers in Apex Legends is undoubtedly a huge problem, there’re other issues that should be dealt with. Recently, toxic maniac Caustic has been hit with several nerfs, both unintentional and deliberate ones, making him a lot less useful character on a team. Respawn decided to decrease Nox gas’ damage to players from 6 points to 5. Additionally, hits taken by players from Caustic’s toxic fumes can no longer gradually increase after spending more time in a gas cloud. As for unintentional changes, both Nox gas and Bangalore’s smoke became much easier to see through, although Respawn is already investigating the issue.

It’s inspiring to see that Respawn never stops in the ongoing war against cheaters, but due to the fact that the game is free to play, it’s hard to imagine that hackers will ever be defeated completely. The battle royale title definitely needs a better anti-cheat software solution since the current defensive measures are almost useless for detecting cheaters during live gameplay. If a hacker can easily climb up to the Predator rank unnoticed until the development team investigates him on purpose, then Apex Legends is in big trouble.

Dmitry Lapunov is a video game writer and journalist based in Minsk, Belarus. His career started back in 2006 in a local newspaper. Since that very time, he's been working with various gaming media outlets covering the hottest topics in the gaming industry. He's now working for Valnet, Inc., focusing on Screen Rant and Game Rant.