Harry Potter & The Order of the Phoenix: 10 Mistakes JK Rowling Made In The Book 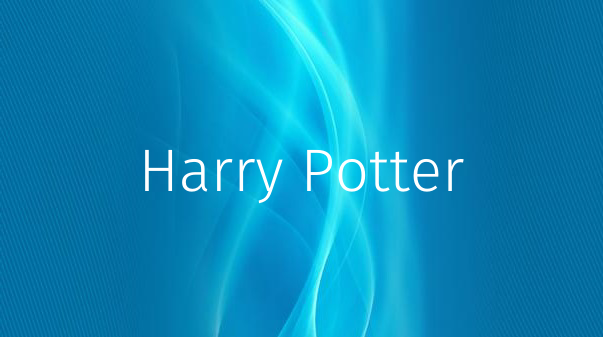 Harry Potter & The Order of the Phoenix: 10 Mistakes JK Rowling Made In The Book

Harry Potter and the Order of the Phoenix is the fifth book in the series, releasing in 2003, three years after the previous installment. With Lord Voldemort now back, The Boy Who Lived faces his most difficult year yet. The Dark Lord operates secretly, meaning nobody believes Harry Potter when he tells the story of the villain's return, Dolores Umbridge makes his life at school a living hell and, to top it off, godfather Sirius Black tragically dies at the end of the year.

Jk Rowling's book is a masterpiece and, at 257,045 words, is the longest in the series. However, even the author is prone to the odd mistake. So we'll now take a look at 10 that were made in the fifth novel of the franchise.

After casting a Patronus Charm to save cousin Dudley Dursley from the Dementors, Harry finds himself in hot water. His loathsome Aunt Petunia and Uncle Vernon decide to lock him in his room again, just like they did after Dobby the House Elf's chaotic visit during the events of the Chamber of Secrets. And the Ministry of Magic vows to take him to trial for using magic outside of school.

The Ministry uses magic (obviously) to detect spells being used in nearby proximity to somebody with the trace on them. But, by that logic, they should have been aware of the numerous spells Nymphadora Tonks uses while inside 4 Privet Drive. She uses Lumos, a packing spell, Scourgify, and also a spell that allows Harry's trunk to glide graciously down the stairs. Given the Ministry is looking for any excuse to expel the beloved hero at this time, it's definitely an oversight.

9 Sirius Gets His Dates Wrong

After an emotional reunion with Sirius at 12 Grimmauld Place, Harry and his godfather get talking. They touch on Severus Snape and it's here Sirius reveals the Potions Master 'ran in the same circles' as Bellatrix Lestrange at school, suggesting he was always destined to turn out bad.

However, given Bellatrix was born in 1951, the math doesn't add up. Snape started Hogwarts two decades later, meaning Helena Bonham Carter's character would have been 20 by this point. Far too old for school, but definitely of age to start hanging out with Voldemort and joining him in his mission to purge the wizarding world of all non-magical folk.

Harry's trial doesn't get off to a perfect start. He comes extremely close to being late, with Arthur Weasley only just being able to escort him to the Ministry of Magic in time. Yetm while using magic underage is indeed illegal, one of his charges shouldn't even be on his rap sheet.

The Boy Who Lived is accused of using magic in the presence of a muggle, which is an offense under the Statute of Secrecy act. Dudley, though, is the muggle in question and was already aware of the wizarding world's existence. Therefore, Harry should have been spared from this charge - although it's admittedly possible Cornelius Fudge was looking for more reasons to expel him.

7 The Defence Against The Dark Arts Teachers

Harry talks to Ron Weasley and Hermione Granger about Umbridge after she's appointed as the new Defence Against the Dark Arts teacher. He then reels off the list of her predecessors, saying 'one sacked, one dead, one's memory removed, and one locked in a trunk for nine months.' The Gryffindor student is referring to Remus Lupin, Quirinus Quirrell, Gilderoy Lockhart, and Alastor 'Mad-Eye' Moody.

But Lupin wasn't sacked, instead resigning at the end of The Prisoner of Azkaban after Snape announced he was a werewolf to the entire school. Rowling could merely have been simplifying things for her readers but, given it's not accurate, it goes down as another error.

6 Hermione And Her Elf Hats

Hermione Granger gets a bit obsessed with House-Elves in the fifth book, having been left appalled by Barty Crouch Sr's treatment of Winky in the Goblet of Fire novel. Emma Watson's character starts knitting a ridiculous amount of clothes in order to free as many elves as possible - yet she's unaware that they're all insulted, with Dobby the only one willing to clean Gryffindor Tower as a result.

The Elves don't want to go near the clothes in case they're accidentally freed. However, the Chamber of Secrets makes it clear that only their owners have that power. Harry could have set Dobby free anytime if that wasn't the case, instead of tricking Lucius Malfoy (much to his fury). Hermione never had the ability to set elves free because that power, ultimately, belonged to Albus Dumbledore.

The Potter movies showed the character of Colin Creevey. What they didn't show was his brother, Dennis, who joins the school in the Goblet of Fire novel. He's placed in Gryffindor, showing remarkable bravery (which can also be described as foolishness) after falling into the Lake on his way to Hogwarts - getting a helping hand from the Giant Squid along the way.

Dennis is listed as one of the people present in the Hog's Head when the secret organization Dumbledore's Army is created. But, given he's only in his second year, he wouldn't be allowed to travel to Hogsmeade. It can be argued that he may have snuck out of the school, just like Harry did. The presence of Argus Filch and the Ministry's knowledge of the school's secret passageways, however, make this unlikely.

Hermione is the brightest witch of her age, to quote Sirius Black. Despite that, it still seems as though she's prone to uncharacteristic lapses of concentration. In the Order of the Phoenix, she could have used the Fidelius Charm to ensure that nobody discovered the existence of Dumbledore's Army - instead of using an enchantment that scars anybody foolish enough to snitch.

Sure, it would have been extremely tricky to pull off given the advanced nature of the spell. This is Hermione we're talking about, though, so we're sure she'd have been able to get it to work.

After Draco Malfoy is given a role in the Inquisitorial Squad by Umbridge, who loves his fondness for making life at Hogwarts hell for roughly 90 percent of people, he then proceeds to dock house points from Gryffindor and Hufflepuff after overhearing a conversation between Hermione and Ernie Macmillan criticizing their Defence Against the Dark Arts teacher.

Ernie then bemoans that Prefects can't dock house points. However, this is clearly a mistake due to the Chamber of Secrets book. In that novel, Percy deducts house points from Ron after catching him in Moaning Myrtle's bathroom, therefore showing they do in fact have the power to influence the House Cup. If we were a Prefect, we'd probably do that to ensure our house reigned supreme.

Harry is forced to watch Quidditch matches involving Gryffindor from afar after being booted off the team by Umbridge following a scuffle with Malfoy earlier in the year. During one game, in which Ginny Weasley steps in as Seeker, he's watching with Ron Weasley and Hermione Granger in the topmost row.

Yet Rubeus Hagrid then turns up behind them. We know he's tall, but even the Care of Magical Creatures teacher isn't bigger than the Quidditch stands. He ends up telling his favorite three students about Grawp, his half-brother, who he rescues from the Giants after being sent on an undercover mission by Dumbledore.

Relatively early on in the fifth book, it's established that members of the Order of the Phoenix take it in turns to guard the prophecy at the Department of Mysteries. This is where Arthur Weasley is brutally attacked by Nagini, with Mark Williams' character only just surviving.

Yet the Death Eaters get in there easily at the end of the book. In fact, all members of the Order only turn up belatedly, with Harry and his friends forced to wait for a while before they make their grand entrance. Sure, it's all rather exciting. But this is definitely another mistake that's worthy of inclusion.