How & Why Maggie Is So Different In Walking Dead Season 11 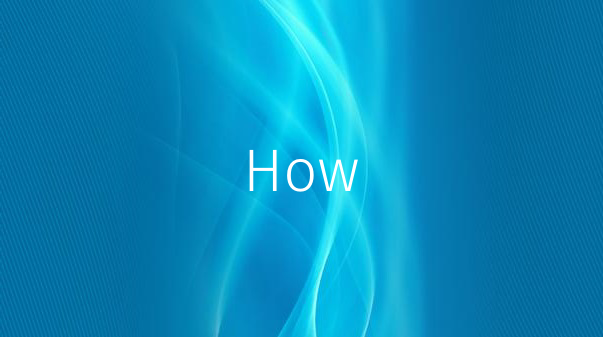 How & Why Maggie Is So Different In Walking Dead Season 11

Lauren Cohan's Maggie is back as a core character in The Walking Dead season 11, but the figure has greatly changed since season 9's six-year time jump. Maggie has been a vital member of the survivor group at the center of the post-apocalyptic series since Cohan's series debut in The Walking Dead season 2. After the Greene family allowed Rick Grimes' group to stay on their farm, the two groups joined forces when a horde of walkers pushed them out. As time went on, Maggie emerged as a leader of the group as they continuously searched for safety.

Maggie has always carried a sense of independence since her arc began in the early days of The Walking Dead. In time, she began a romantic relationship with a fellow survivor, Glenn Rhee, who she eventually married. Ahead of the birth of their son, Maggie faced immense loss when Negan took Glenn's life in addition to the brutal murder of Abraham. This was after Maggie lost her younger half-sister, Beth, and the pair's father, Hershel. Still, Maggie found a way to put others before herself, leading Hilltop and making sure her community, especially her young son, had a future to look forward to.

During The Walking Dead season 9's time jump, Maggie disappeared from the story at the center of the series. Maggie left Hilltop to assist a woman named Georgie build new communities, but they would never last. At some point, Maggie decided to settle down with a group to give her son some stability. The pair eventually joined forces with the Wardens, forming a community known as Meridian. What's left of the Meridian survivors is now taking refuge in Alexandria with Maggie at the lead. Though she's no stranger to Alexandria, she brings a much more ruthless demeanor than when she last stayed in the community. Viewers have quickly noticed the changes in the character's behavior in The Walking Dead season 11, especially when it comes to her interaction with longtime allies. Season 11, episode 2, "Acheron: Part II," put those changes on full display while adding insight to why Maggie has been acting so different, and it all stems from what Maggie has experienced since leaving Hilltop.

Maggie briefly explained the fall of Meridian to Daryl in The Walking Dead season 10, which was just the latest loss she encountered during her tough journey. That said, a grim tale in "Acheron: Part II" sheds more light on the horrors Maggie faced while on the road. Before teaming up with the Wardens, Maggie and Hershel spent time on their own, where they once encountered an older man who claimed to have food to share. In reality, he was a sadistic figure that planned to kidnap Maggie to add to his hostages of women trapped in the attic. The man cut off the limbs of women and gouged their eyes out. To make matters worse, the women were said to be pregnant, while "deformed" men were roaming in other parts of the house. After eliminating the threats, Maggie lost all hope in humanity, considering the constant terrors she faces from humans.

Maggie had to toughen up when the apocalypse hit, but the years within The Walking Dead time jump truly hardened her. It also changed her perception of the world, understanding that the good-natured communities she was a part of were extremely rare. Sadly, Maggie is still finding that many communities she helps to lead eventually fall, with Meridian being the latest. While she lashes out on her friends and makes difficult sacrifices, Maggie does so because she knows what kinds of threats are out there for those who waste time. Though Maggie is leading a mission in the hopes of helping all of Alexandria, new horrors await as the Reapers are now seemingly thrown into the mix. The new villains of The Walking Dead will surely put Maggie's leadership to the test yet again. The question remains whether this Maggie with a new perspective will help or hurt the group.

Kara Hedash is a features editor and writer for Screen Rant. From time to time, she dives into the world's most popular franchises but Kara primarily focuses on evergreen topics. The fact that she gets to write about The Office regularly is like a dream come true. Before joining Screen Rant, Kara served as a contributor for Movie Pilot and had work published on The Mary Sue and Reel Honey. After graduating college, writing began as a part-time hobby for Kara but it quickly turned into a career. She loves binging a new series and watching movies ranging from Hollywood blockbusters to hidden indie gems. She also has a soft spot for horror ever since she started watching it at too young of an age. Her favorite Avenger is Thor and her favorite Disney princess is Leia Organa. When Kara's not busy writing, you can find her doing yoga or hanging out with Gritty.