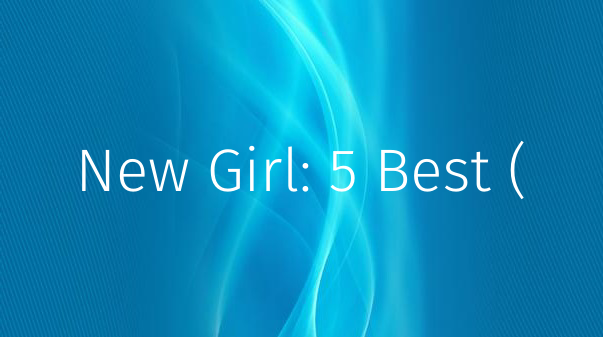 By season four, New Girl has passed the halfway point, but the quality of the episodes is still strong. The worst episode of this season still manages to earn a 7.2 rating on IMDb, while the best finishes at an impressive 9.0. Season four sees more expansion of the families of the loft gang, as well as the usual will-they-won't-they relationship developments.

Schmidt spends a lot of this season with Fawn, and Jess and Nick spend it almost entirely apart, but even without the core relationships in play, there are some incredible episodes to enjoy here. And, of course, there are those that just don't quite live up to New Girl fans' exacting standards.

There are several episodes in this season that manage to get a 7.5, and therefore share the spot of fifth-worst episode. 'Oregon' sees Jess head back to her hometown for her Dad's wedding, while 'Par 5' sees Fawn and Jess play a networking golf tournament (despite the fact that Jess is terrible). 'The Right Thing' is an odd episode about Jess trying to delete a sext that was sent to her by a guy who then died, because his girlfriend might find it, and 'Shark' sees the boys get overly involved with Winston's new job. All of these episodes are fine, they're just not the best New Girl has to offer.

'Goldmine' is a little strange, but relies on all kinds of classic comedy misunderstandings, and does it quite well. In this episode, both Jess and Nick have a new person at the loft, and of course, nothing goes smoothly. In Nick's case, what he hoped would be a one-night-stand won't leave, and he wants Jess to play the 'crazy ex girlfriend' card to scare her out. In Jess's case, her new boyfriend thinks Nick is gay, and he's having to keep up the ruse.

It's not surprising this episode didn't do well, as the entire thing revolves around a micropenis joke. Making fun of genital size or someone's body is not funny to begin with, and certainly not funny for an entire episode.

There's a little more to it than that, as Jess tries to convince her friends that she's dumping the guy because he has a terrible personality, not for the below-the-belt issue, but it's just one joke dragged out for a whole episode.

Who doesn't love a holiday episode? 'Thanksgiving IV' is a fantastically funny episode about a Thanksgiving celebration where each loft inhabitant is asked to bring a potential date for another person. It all goes wrong when Coach's date is too muscular for him, Jess's date is someone she really wants to date, but works with, and Nick brings Tran, his silent old man friend. The chemistry between Jess and Ryan is amazing, and Tran is always a delight.

More time spent with Jess's Dad in this episode, as she and CeCe meet the woman he is dating - who happened to go to high school with them, and was known for being wildly promiscuous. While the age gap (and the school connection) is understandably disturbing for the girls, this episode relies on slut-shaming, and paints Jess and CeCe in a very negative and interfering light. Combined with Schmidt's attempt to get an ad account for a sponge 'for men', and it's too misogynistic.

Much of this episode is just straight up funny, as the gang hunts a spider after it is revealed that Schmidt is deathly afraid of them. Nick is making his famous sauce, and there's the usual hilarity and physical comedy.

However, what really makes this episode a favorite is that it's where CeCe admits to Jess that she has feelings for Schmidt again, but won't act on them because he's with Fawn, giving it some real emotional impact.

By this point in the season, Jess and Ryan have started dating, and it's time for her to reveal their relationship at the school where they work. Which should be fine, but the rest of the staff are clearly unhappy, and think that Ryan will get preferential treatment. In order to try and prove that isn't the case, Jess ends up sending the kids on a bad field trip, just to avoid choosing Ryan's idea.

In 'Background Check', Winston is getting his background check (right there in the title) for joining the police force, which means a home visit. However, Jess has a bag of meth (or what she thinks is meth) in her room, that she found in a second hand piece of furniture. Cue the usual panic, confusion, and hilarious attempts to get rid of it before the officer realizes. Of course, they fail, so it's a good thing that they are just aquarium rocks, and the officer has a sense of humor.

Nick and Schmidt team up in this episode, trying to come up with a new invention together. They land on the Swuit - a suit made of sweatpants material. It's a bit of a ridiculous episode to begin with, and it's made worse by the fact that Nick's girlfriend breaks up with him for being a workaholic - which is a shame, as they were great together (although of course, Nick and Jess are better).

The season finale is a tearjerker, as usual! In 'Clean Break', Coach is leaving for New York City with his girlfriend, which leads to lots of goodbyes, and memories of his time at the loft with the gang. That's not all that's going on in this episode, though - it's packed with emotional moments! Schmidt finds out how CeCe feels about him, which is huge, and at the same time, Nick and Jess open up the possibility to rekindle things after a conversation about a 'sex mug'.

Rose Graceling-Moore has been writing about film, TV and comics since 2013, when she began writing for a local print magazine in Vancouver, BC. Since then, Rose has written for Horror Honeys, Moviepilot and Quirkbooks as well as Screenrant, increasingly focusing on comic books and live-action comic adaptations, as well as diversity and representation on screen. Rose also co-hosted the DC Movies Podcast, and has guested on other nerd and entertainment podcasts over the past five years.

Rose’s love of comics began all the way back in the early ‘90s, when she discovered the X-Men while living in Africa (where there wasn’t a whole lot to do but read!), and since then has had an on-again, off-again love affair with not just Marvel, but DC and indie comics as well. You can follow her on Twitter: RoseMooreWrites for tweets about comics, movies, and more.