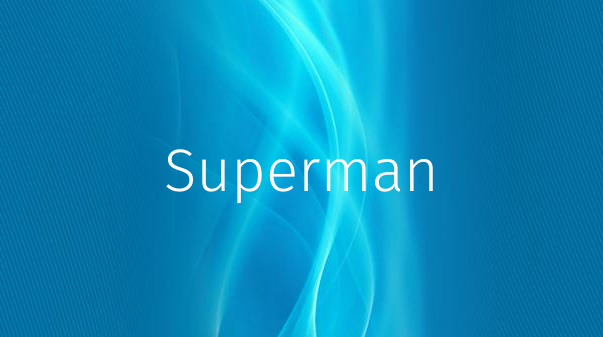 Superman is arguably the greatest superhero out of the DC pantheon. Throughout his long lifespan, there have been several shows that the character has been a part of, whether it's during his tumultuous time in Smallville or appearing as a guest character in Supergirl.

Nonetheless, Superman's appearances during the latter series resulted in his own series, Superman & Lois. Although it is fairly comic book accurate, there have been some liberties that were taken that fans may or may not approve of. These are the ways Superman & Lois has remained comic accurate and the ways where they differ.

10 Different - More Than One Child

Within the DC comics, Superman and Lois have one child named Jonathan Kent. Although he is a hybrid Kryptonian, he maintains all of his father's capabilities, with the potential of being even stronger than him.

However, during the events of Superman & Lois, it is revealed that the parents actually had two children. Alongside Jonathan Kent is his brother Jordan Kent.

During the events of DC Rebirth, Superman and Lois were raising their son Jonathan on a farm prior to moving to Metropolis again.

In the context of the show, this allows the characters to have a humble life once more and be away from hectic city life. This also allows for new dynamics with the kids as they continue to grow up within Smallville (at least for now).

For a long time, Superman was able to balance his life between Clark Kent and Superman to a large extent. Although there were times when that balance was tested, it was never anything that the character couldn't handle, even when he has a son.

However, Superman & Lois introduces the character with two teenage boys, with the balance being tested more than it ever had before. A new but pleasant dynamic that is different from the comics. This also creates a nice contrast to the darker Snyderverse interpretation.

The Superman suit has been recognizable for many decades, and although it has changed somewhat over the years, it has remained the same at its core.

The suit shown in the television show takes several cues from the Reborn suit, which is often representative of modern Superman. From the muscle detailing to the similar belt, this is a Superman that has taken inspiration from the Rebirth side of DC comics.

Originally, Superman was raised in Smallville. Throughout the majority of his life, Clark Kent had fond memories of his time there and still thinks about it even when he moved to Metropolis.

During the show, it is revealed that Smallville is no longer what it used to be and is in a financial bind as a result. This is a slight departure from how the town is typically seen. That being said, metahuman activity in the area and potential dark secrets are still present in this interpretation.

Although elements like his British accent are implemented as a result of the new timeline in the CW multiverse, his business ventures and sinister schemes seem to have remained a central aspect of the character.

Lana Lang is one of Superman's closest friends back in Smallville, and for a majority of incarnations, his former love interest. In the comics, she knows Superman's identity and is aware of the two worlds that Clark inhabits. However, while they dated for a time, they have since simply remained friends.

This is a similar case with the Superman & Lois incarnation, although it appears that she doesn't know his identity.

X-Kryptonite is a plot device that has recently been introduced to the show, with Morgan Edge and his superpowered ally finding some in the mines.

Fans who are familiar with the comics will know that the purpose of the X-Kryptonite is that it gives humans Kryptonian abilities, at least for a brief moment in time. However, the effects of this kryptonite do offer side-effects and aren't as sustaining as the powers of a Kryptonian.

2 Different - Jonathan Not Having Powers, Yet?

Surprisingly, in a subversion from the comics, it is revealed that Jonathan doesn't have the powers but rather Jordan. This could potentially be a metaphor for how Jordan is named after Jor-El (who is Superman's biological father).

Regardless, it seems that Jordan doesn't have the full capabilities of Superman at the moment, although it is possible that it may increase over time through his confidence. It is likely that Jonathan's powers will start developing in the next few weeks or so too.

Superman and Lois are not only the heart of the comics but also in this show. Through their relationship, they have been seen to embody the importance of love and hope in the DC comics landscape.

As parents, the characters consistently struggle with raising a superheroic child or two. Nonetheless, the dynamic between the two has always had strong chemistry and it will mostly continue for decades to come.

NextWhich Resident Evil Villain Would You Be Based On Your Zodiac Sign?
About The Author
Richie Nguyen (65 Articles Published)

Richie Nguyen is an aspiring comic book creator and journalist living in Calgary Alberta. A lover of anything pop culture since childhood, Richie Nguyen is sure to write plenty about the newest comic book, manga and movie news. Having written journalistic coverage during his time at Mount Royal University's Calgary Journal, as well as interning in Tourism Calgary, Richie has plenty of experience writing things from general news to listicles. Outside of work, Richie actively plays video games, spends time with his family and friends, and of course drawing to one day achieve his dream.