Why Pieces of a Woman's Reviews Are So Good 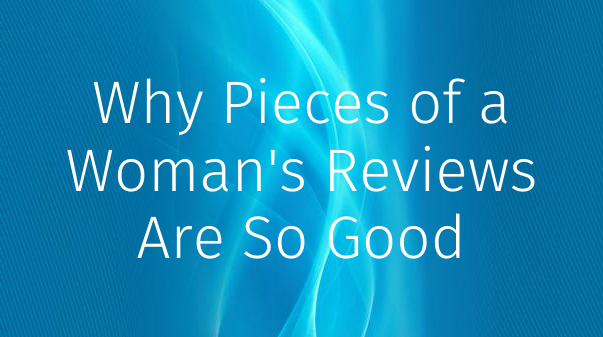 Why Pieces of a Woman's Reviews Are So Good

Critics are praising Pieces of a Woman for its emotional depth and commanding lead performance. Kornél Mundruczo directed the Netflix film, which follows a woman who grieves the death of her newborn child. Even though Pieces of a Woman stars two prominent mainstream performers in Vanessa Kirby and Shia LaBeouf, the filmmaking has a definitive indie style, full of long takes and poetic framing. Incidentally, many reviews cite the cinematic originality, however some critics have issues with the heavy melodrama.

Pieces of a Woman focuses on the relationship between Martha Weiss (Kirby) and Sean Carson (LaBeouf), a Boston couple who prepares for the birth of their first child. When a midwife named Eva Woodward (Molly Parker) replaces their preferred doctor, a tragedy results in criminal charges. From there, the storyline explores Martha and Sean's coping mechanisms as they contemplate the future. Now streaming on Netflix, Pieces of a Woman co-stars Ellen Burstyn, Sarah Snook, Iliza Shlesinger, and Benny Safdie.

Pieces of a Woman currently has a 77 percent Tomatometer score on Rotten Tomatoes, based on 100+ reviews. Overall, critics are impressed by the complete cinematic experience of it all, whether it's a harrowing 30-minute childbirth sequence or quieter moments where the leads deal with their pain. Such visceral moments spotlight the complexities of the lead performances, and will affect viewers in different ways depending on one's life experiences. Aside from the emotional aspect, the cinéma vérité-style filmmaking has resonated with many top critics worldwide. Here are some positive takes on Pieces of a Woman.

"I can't say whether the film might comfort anyone who has been through this harrowing experience. I suspect it is not for them, but for the rest of us who do not know such pain."

"Moral complexity is how 'Pieces of a Woman' stays interesting for a full 90 minutes past its most dramatic event. Who are these people? They can't be classified and forgotten. They must be watched."

"It understands that sometimes, with borderline miraculous suddenness, when the sand in some invisible internal hourglass has finally run out, the grief itself will tell us that it's time to let it go."

"An unbroken 30-minute sequence... depicts the final labour stages, right up to the birth, with the kind of woozy, dread-inducing and pulse-quickening attention to detail that has simply never been committed to a fiction film before."

"This is entirely Kirby's film, and the actress draws us surely but unforcedly inside Martha's mental state, until we're right in there with her, looking out at the world as if through misted glass."

Pieces of a Woman may indeed be a powerful Netflix movie, yet many critics feel that it's a bit too fluffy and contrived. For example, there's plenty of skepticism about the accessibility of Martha and Sean as characters, as the former hits all the blue-collar, working man tropes while the latter's predicament arguably results in an over-the-top performance. So, if critics don't buy into the characters, then the central love story won't resonate. In addition, some critics aren't happy with the tonal balance, as the narrative seemingly shifts back and forth from quiet moments to heavy drama. Here are some sharp takes on Pieces of a Woman's cinematic quality.

"[Director Kornél Mundruczó] and the screenwriter, Kata Wéber, sometimes reach for an effect without knowing quite how to achieve it."

"[A]s for everything in the middle - the people on the screen and their relationships look like high-flown imaginings, far from real life."

"The film is uninterested in the inner world it claims to investigate; it also cheapens a woman's trauma by rendering her pain into a confused dramatic spectacle."

"Losing someone is easier to film than the entropy of living without them, so it's no surprise that 'Pieces of a Woman' struggles to maintain the emotional velocity of its intro."

"It comes apart after a bravura opening 30-minute sequence and devolves into an increasingly frustrating melodrama."

Pieces of a Woman is undoubtedly a heavy film, one that will make some viewers cry and make others roll their eyes, if only because of the art house aesthetics. Regardless of how one feels about the filmmaking though, or even about the controversial lead actor, the collective performances elevate the movie beyond a typical indie production. For those who enjoy Pieces of a Woman on Netflix, then classic John Cassavetes films like A Woman Under the Influence and Opening Night should be re-visited in the near future, or experienced for the first time.

Q.V. Hough is a senior writer at Screen Rant. He's also the founding editor at Vague Visages, and has contributed to RogerEbert.com and Fandor.